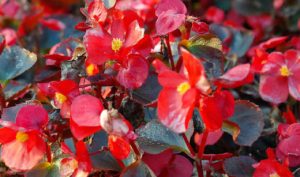 I’ve been suffering a recent issue with an itchy spot on my back. Right where I can’t get at it. Since no one including me seems to have a proper back scratcher anymore (did somebody confiscate all of those?) I’ve had to improvise with one of those triangular rulers that became popular at the time of America’s refusal to go metric. It works really well as a back scratcher by the way. And probably easier to find than an actual back scratcher in case you need to know.

That spot, which goes off daily like clockwork, is currently my morning companion of irritation. Kind of like an annoying relative who overstays a visit. And now it has come to also represent another resilient pest: my need to tell you what I’m thinking. Neither seems to want to just go away so here we are then.

“It doesn’t work in theory, only in practice…”. I love that phrase. Switches up the familiar order. I came across it in a description of the Church of England’s struggle with outmoded traditions and doctrines. It’s flips around the old cliche and becomes descriptively potent across a whole spectrum of habitual behavior. Like the high school prom for instance. We still return to this hidebound ritual even though its function as cotillion and precursor to marriage has long since faded. We do it even if we don’t know why.

A friend wrote a thoughtful post where he asked questions about the origins of his ethical sense since he wasn’t raised in a particularly religious household. He wondered; “Are people good because they are Christian or do they become Christian because they are good?” Great question. I tried my best to answer and promptly wandered into the nether land of the good vs evil puzzle.

But another one of his questions scratches today’s itch even better: “How much conscious choice do we have in becoming who we are?” This speaks to the question of free will. Now we’re talking about a much easier subject right? Good thing I love this stuff and have lots of time between breakfast and lunch.

We sense free will. We operate as if we have it. Then we learn that this might not be true by instruction and analysis. The science of cause and effect says “Nope”. Evolutionary psychology says “Sorry, only passing on the genes matters!”. Chemistry is action/reaction. Physics offers a small out with indeterminacy but even that is only a way to draw a line from A to B.

Another leg under free will that gets blasted away (free will is the Many Legged Beast after all) comes from the spiritual teaching of the need to release the ego. If, as the sages tell us, ego is an illusion created by the “I” that doesn’t exist, then free will is just so much salt spray on the wave of existence. Or something like that.

So am I free? Not if I have to scratch that damn itch.

And not if I have to clean the house today. But if I don’t and instead go into my studio and make something out of stuff that has no reason to exist other than I willed it to be, what is that? Tell me that I am doing it to gain attention from the opposite sex in order to propagate my genes and I’ll tell you that boat has probably sailed. Say that I am still only making art because I’m operating on a remnant of that dynamic and I’ll tell you quite plainly that while that explanation might have descriptive value it has nothing whatsoever to do with the internal dance of consciousness that is the creative process.

Maybe this is all just mental yoga. All I know is that the experience of free will is real and performs psychic and physical transformation in me. The “fact” (if you will) of determinism is descriptive and has great explanatory powers. But it is true only if it is generative and speaks to richer complexities, and not just dismissive of the valid and fully operative processes of consciousness.